Ontario Grape and Wine Research Incorporated invite research proposals for the Research and Innovation Development Initiative (R&ID) component for the Marketing Vineyard Improvement Program (MVIP). The objective of this program is to provide funds to improve the quality, productivity and adaptability of grape and wine production by promoting industry-wide access to innovative tools, technologies, resources, knowledge and information for grape and wine making. 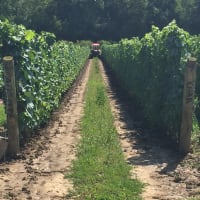 Viruses are of great concern in vineyards. They cost the California wine grape industry as much as $91,661 per acre over the life of a vineyard, according to a 2015 economic study of the North Coast wine-growing region. As a first step towards managing viruses, growers are encouraged to plant certified material regulated by the California Registration and Certification program. There are risks in sourcing material from stocks that are not subject to the same level of regulation. We surveyed ... 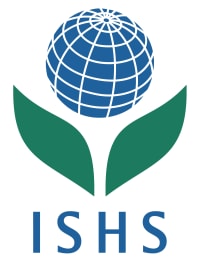 XI International Symposium on Grapevine Physiology and Biotechnology, Stellenbosch (South Africa). The symposium, organised under the auspices of the International Society of Horticultural Science (ISHS), will be hosted on the African continent for the first time. During the sessions and keynote lectures, the latest trends in grapevine physiology and biotechnology research with a focus on the chosen theme of “Grapevine Interactions” will be discussed

Abstracts of oral and poster presentations given at the 11th International Workshop on Grapevine Trunk Diseases, Penticton, BC, Canada

The 11th International Workshop on Grapevine Trunk Diseases (IWGTD) was held in Penticton, British Columbia, Canada, on July 7–12, 2019. This workshop was chaired by Dr. Úrbez-Torres and organized by the Agriculture and Agri-Food Canada Plant Pathology Laboratory at the Summerland Research and Development Centre (SuRDC). The 11th IWGTD also marked the 20th Anniversary of the workshop, which has been organized every two years since 1999. Delegates were presented the first day with an overview... 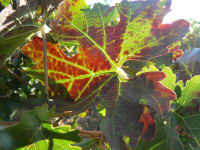 A Virus Scouting and Vine Rogueing Program in Lodi Vineyards

LangeTwins Family Winery & Vineyards in Lodi has implemented a vineyard virus scouting, mapping and vine rogueing program aimed at managing leafroll and red blotch virus infections and preventing their spread. The program, used in newer plantings of red winegrape varieties (planted since about 2013) is modeled after a successful program used in South Africa where vine mealybug (Planococcus ficus) and leafroll viruses have been ongoing management issues in winegrape vineyards.

Relevant information and resources for Canadian grape growers and wineries to incorporate into on-farm practices.